In some cases, creditors’ acts are not overtly harassing or coercive, but, rather, the “totality of circumstances” makes the acts objectively and improperly coercive and, therefore, those acts constitute a violation of the discharge injunction.  This “totality of circumstances” has come to be known as the Objective-Coercion Principal.  The creditor is not absolved of liability simply because their actions are in good faith or legitimate state court actions.  Any act which is objectively and improperly coercive violates the injunction.

In a 2006 landmark case, In re Pratt, the First Circuit Court of Appeals tackled to Objective-Coercion Principal.  In their chapter 7 case, the Pratts had surrendered a vehicle secured by a $2,600 loan held by GMAC and the Bankruptcy Court granted GMAC’s motion for relief from stay, allowing them to repossess the vehicle.  Because the value of the vehicle would not be offset by the cost of repossession, GMAC wrote off the remaining loan balance and allowed the Pratts to retain the vehicle, however, the GMAC lien remained.  The Pratts subsequently received a discharge.

Shortly after their discharge, the Pratts’ vehicle became inoperable and they wished dispose of it through a salvage dealer.  However, in order to “junk” the vehicle, Maine State Law requires that all liens be released.  When the Pratts contacted GMAC to obtain a release of their lien or, in the alternative, have GMAC repossess the vehicle, they were told that the lien would not be released until the loan balance was paid in full, leaving the Pratts “between a rock and a hard place.”

Although the Bankruptcy Court entered judgment for GMAC, finding that GMAC’s rights to enforce the lien on the vehicle in State Court remained, that GMAC had a statutory right to refuse to release the lien until the loan balance was paid in full, and that their refusal to release their lien did not coerce the Pratts to pay the discharged debt, but simply invoked legitimate State Court rights, the First Circuit Court of Appeals found that the circumstances particular to the Pratts case, was objectively coercive and, thus, a willful violation of the discharge injunction.  In their opinion, the First Circuit indicated that this situation was “likely to arise infrequently (if ever) in future cases.”

In 2008, Attorney Joseph Goodman filed a landmark case on behalf of his client, which endeavors to expand on the First Circuit’s findings in Pratt.  In In re Lumb, the debtor, Mr. Lumb, filed for bankruptcy under chapter 7 of the Code.  Mr. Lumb’s wife did not file with him.  His petition listed a creditor to whom he owed an unsecured debt.  The creditor received notice of the case filing, and never filed an adversary proceeding, although the creditor’s lawyer did send a letter to Attorney Goodman threatening legal action against Mr. Lumb’s wife if he did not pay the debt.  Mr. Lumb received a discharge of his debts.  The creditor then filed a nine-count lawsuit against Mrs. Lumb in York County Superior Court.  After a three-day trial, the Court found that none of the counts had “even the slightest merit” and awarded Mrs. Lumb her attorney fees due to the meritless and frivolous case, which they believed was filed in an effort to harass her.  The creditor did not appeal the underlying findings of the Court, only the award of attorney fees.  The Law Court affirmed the award of fees, stating that the creditor brought the claims against Mrs. Lumb even though she never had personal liability for the debt because the creditor was foreclosed from suing Mr. Lumb directly.

Mr. Lumb has filed a complaint for violations of the discharge injunction in his chapter 7 bankruptcy case based on the coercive nature of the creditor’s State Court action against his wife.  The Bankruptcy Court dismissed the action against the creditor and Mr. Lumb appealed that decision.  On appeal, the Bankruptcy Appellate Panel for the First Circuit overturned the Bankruptcy Court, stating that the allegation that the creditor’s State Court case against Mrs. Lumb was improperly coercive and harassed him was plausible given the fact that Mrs. Lumb incurred over $50,000 in legal fees defending against it and that the creditor would have dropped the suit had Mr. Lumb paid the discharged debt.  The BAP remanded the case to the Bankruptcy Court and trial is set for May 27, 2010.  If Mr. Lumb is successful, the case will set the precedent that certain actions taken against third parties can violate the discharge injunction in a debtor’s case. 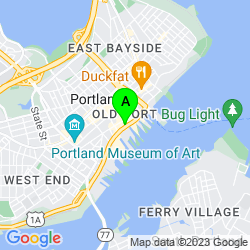